Well, it seems that the recession is finally over….but whether this will make any difference to how busy working parents are  remains to be seen. Despite calls from various quarters to reduce the number of hours in the working week, it seems that we’re as busy as we have ever been, with the UK always appearing pretty high in those tables for which countries work the longest hours. In fact – according to data from the Office for National Statistics that was published in the Guardian’s Data Blog last year, people in the UK work the third-longest hours in Europe after Greece and Austria. 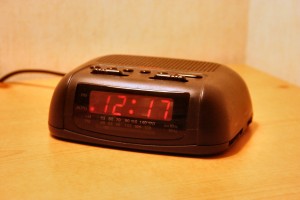 Not enough time in the day?

There’s no doubt about it – being a parent can be a challenging gig at the best of times, as well as a rewarding one. But with all those plates spinning – the full-time job, the errands to run, meals to cook, clothes to wash and so on – you wouldn’t think anyone would be envious of your lifestyle, especially if half the time you feel you are run ragged with all that you have going on.

Interestingly, it seems this may not be the case. In fact some new research by health insurer AXA PPP  has (according to this report in the International Business Times)  indicated that in the workplace many parents sense that colleagues may resent the more flexible working arrangements afforded to parents to help them manage a busy schedule.

The research also throws up some interesting statistics in terms of the number of hours worked. Apparently parents are more likely than non-parents to work four or more extra hours a week. Could it be that – mindful of their exiting the workplace and leaving the office in time every day – there is an added incentive to make up for it?

There’s no getting away from the fact that for many of us, life is a never-ending buzz of activity. But that doesn’t mean our wellbeing should ever take second place. So although there are no magic tricks for fitting more hours into the day, there are a number of strategies to maximise wellbeing in a time-limited world.

Whether you’re a working parent who is rushed off their feet – or a non-parent in a similarly work-burdened environment, the keys to maintaining wellbeing are oft-repeated, but not always followed. But it’s worth making mention of them here, as well as offering some tips on how to best achieve them: