Made famous by the Romans, the UK is rich in spa towns which boast some of the country’s most elaborate architecture and offer the perfect place to indulge in a little luxury. There are also a number of health benefits associated with spa breaks too, so what more excuse do you need? Relax, unwind and treat yourself to some well-deserved TLC and pampering with our guide to four of the best spa towns in the UK. 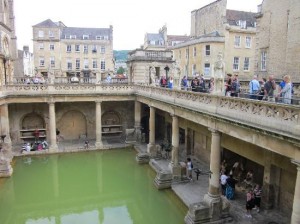 The famous baths of Bath!

So famous for its Roman baths, the city was named after them! Bath was founded as a spa town by the Romans, and the culture was revived again in Georgian times when spa facilities became fashionable again. As well as being a city full of beautiful buildings and rich cultural heritage, Bath boasts some wonderful steaming baths and Palladian architecture. It’s no wonder it’s the most popular spa town in Britain!

North Yorkshire might not be the first place you associate with luxury, but Harrogate’s Turkish Baths are a real highlight of the town! Part of an award-winning spa, the famous Turkish Baths are symbolic of the Victorian love of the Oriental, and boast some incredible architecture, steam rooms and plunge pools. Discovered in 1571, the waters in Harrogate are rich in iron, sulphur and salt, and the town became particularly popular with European royalty throughout the eighteenth century.

The town’s Royal Hall is also well worth a visit, but not only for its first-rate performances. Your eyes will be treated to a spectacular display of gold décor in the auditorium. Visit secretescapes.com to find luxury accommodation, and go and experience it for yourself.

Discovered in the early seventeenth century, the spring at Tunbridge Wells might still have been a secret if it weren’t for the hangover of a young nobleman. After tasting the water on his way back to London, he is said to have miraculously recovered from the effects of several days of merriment, and the town had become almost as famous as the likes of Bath and Brighton by the eighteenth century. Just 30 miles south of London, this Kent town makes an ideal day trip, and you’ll love exploring The Pantiles walkway as well as the pretty boutiques.

You can also taste the water that put the town on the map, and it will be served to you by a Dipper dressed in period costume. 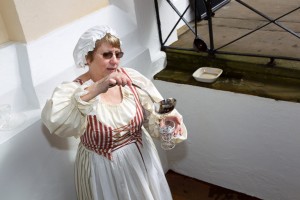 Located in the heart of Wales, this Powys spa resort is surrounded by rolling countryside and stunning mountain views to the north. The perfect view to accompany some rest and relaxation! Boasting 30 natural springs, Llandrindod was a real Victorian favourite and boasts some spectacular architecture from the period including ironwork and a marble drinking fountain. The wonderful Art Deco Automobile Palace also houses the National Cycle Collection which contains around 250 bicycles dating back to 1818.

Visit at the end of August and you can step back in time at the annual Victorian festival, which is celebrated with revellers dressed in period costume, Victorian-themed performances at the theatre, a fairground, street music and a firework display over the lake.