The pancreatic hormone insulin, discovered in 1869 by German student Paul Langerhans, was first used to treat diabetes in 1922 by the American/Canadian team of Frederick Banting, Charles Best and James Collip. Their patient, 14-year-old Leonard Thompson, suffered an allergic reaction to the first injection, but a second injection proved successful. 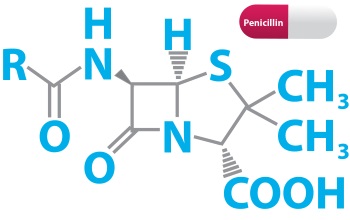 In 1928, Scottish bacteriologist Alexander Fleming, working at St. Mary’s Hospital, London, observed a blue-green mould dissolving colonies of the staphylococcus bacterium. Upon further experimentation, he confirmed that the mould produced a substance that killed some disease-causing bacteria. The substance, which he named penicillin, has since saved the lives of thousands of people suffering from diseases including anthrax and syphilis.

A heart-lung machine (also known as a cardiopulmonary bypass pump) handles a patient’s heart and lung functions while surgery is being performed. It is thought to have been first developed in the 1920s, but it wasn’t until 1953 that John Gibbon used the machine to perform the first successful open heart procedure on a human at the Jefferson University Medical Centre in Philadelphia.

DNA was first discovered in 1869 by Swiss doctor Friedrich Miescher, but it wasn’t until 1953 that University of Cambridge scientists James Watson and Francis Crick correctly described the structure of the DNA molecule. Watson and Crick, together with Maurice Wilkins of King’s College, London, whose research also suggested a double-helical configuration, shared the 1962 Nobel Prize in Physiology or Medicine.

In 1967, South African surgeon Christiaan Barnard, working at Cape Town’s Groote Schuur Hospital, performed the first successful human-to-human heart transplant. The drugs that the patient was required to take in order for him to accept the heart led him to die soon after of pneumonia, but thanks to continued research and clinical trials, anti-rejection drugs are now much improved and patients can expect to live for years rather than days after the operation.

Obstetrician Patrick Steptoe and physiologist Robert Edwards began working together to find alternative methods of conception in 1968. Almost a decade later they discovered a way to successfully fertilize an egg outside a woman’s body – ‘in vitro’ fertilization (IVF) was performed for the first time on 10th November 1977 and, eight months later, the world’s first test-tube baby was born.

Dolly the sheep, the first mammal to be cloned from an adult cell, was born on 5th July 1996. She was cloned by Keith Campbell and Ian Wilmut at the University of Edinburgh’s Roslin Institute, using the process of ‘nuclear transfer’. Although other mammals have since been successfully cloned, Wilmut later turned his back on nuclear transfer, saying it would probably never be sufficiently efficient to use on humans.

Physician Bernard Fantus started the first blood bank at Chicago’s Cook County Hospital in 1937. Storage of blood had been in use for a while, but Fantus helped develop a process which allowed blood to be stored for up to ten days – his blood bank, and the many others that followed it, were vital to the rapidly-developing science of blood transfusion.

In 1943, American microbiologist Selman Waksman isolated a fungoid called streptomycin, which would be used later as the first effective treatment against tuberculosis, an infectious lung disease. Waksman coined the term ‘antibiotic’ to describe his discovery, and went on to discover over twenty other antibiotics, including neomycin, found today in many topical medications.

In 1952, American Jonas Salk developed the first effective vaccine against polio using the ‘killed’ virus, rather than the highly dangerous live virus. By the end of the century, the disease, which can cause complete paralysis of the spine and/or brainstem, had been largely eradicated.