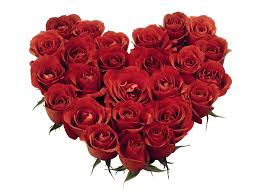 Love is in the air!

Little is really known about the origins of St Valentines Day (February 14th).  There are several versions of how this special day came about, with no more than three known St Valentines in the history of the Catholic church.  The most documented legend states that Valentine was a third century Roman priest who went against Emperor Claudius II who had forbidden marriage as he believed that single men made better soldiers than those with wives and families.  Valentine wasn’t happy with this and lost his life when Claudius discovered that he had been performing secret marriage services for young lovers.  A noble gesture in the name of love!

So what does our modern day of love – “St Valentines Day” have in store for you? Will it be a romantic evening whispering sweet nothings over a candlelit dinner and bottle of wine, a mystery date or just like any old day in the office?  How many men and women across the UK will be showering their loved ones with heart shaped chocolates, some jewellery, a couple of glasses of champagne  or whatever else the imagination allows?

My husband isn’t one to conform to social expectation so we have shared a colourful variety of Valentines Days over the past 19 years together, some just passing by unnoticed others more memorable.  Last year I was given my Valentine card at the beginning of January as he thinks that Valentines day has been made into too much of a commercial dream.  “I don’t have to tell you that I love you on the one day in the year that the card shops tell me to when I feel the same every day”.  There was a compliment in there somewhere I guess!

Extravagant gifts have never been Dave’s style but it obviously works for me as I did go on to get marry him. One Valentines Day that sticks in my mind was when we were travelling around New Zealand.  We were in a hostel and the date had totally bypassed me.  When I awoke Dave appeared with a rose and a peach, the thought really does count.  Another time at university he had forgotten to book a table so we wandered around Leeds being turned away at every restaurant.  We ended up going back to his room in a shared house with a Chinese takeaway, covered his desk with newspaper and ate by candlelight.  Probably my favorite Valentines Day.

Admittedly, I have been known to forget to buy a Valentines card on more than one occasion but having a husband who doesn’t really conform to social norms takes the pressure off.  That said, it is still important to make time for each other and make each other feel special, perhaps this shouldn’t be exclusive to Valentines Day.  According to marriage courses across the country we all have different love behaviors that we display.  Mine would be “doing behavior” so for example cooking a nice meal whereas Dave’s would be “expressing feelings through words”.  What would yous be?