For generations, indigenous people have lived by their knowledge of plants and their healing properties. Recently, the modern world realized the potential of these rainforest plants; drug companies now work alongside conservation groups, indigenous people, local shaman and governments to research species and ascertain their properties. It's a race against time due to rainforest decline, with only a possible 1% of plants having been discovered to date.

Scientists believe that with research, remedies for deadly illnesses could be found within nature's medicine cabinet. Here are just a few of the plants currently known: 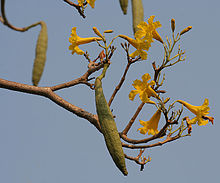 Also known as Pau D'arco, this treatment is available in the United States and is used by leukaemia and cancer patients, as well as being used for candida, infections and pain relief. It has anti-oxidant properties and inhibits viruses, bacteria and fungi. It's also a diuretic, decongestant and sedative.

Now cultivated out of the rainforest in sub-tropical plantations, this plant is a stimulant with nutritional properties. The Guarani Indians used Yerba as a nutritional replacement during famine. A primary treatment for hay fever, it's often mixed with lapacho to further enhance its properties. It's a helpful digestion aid and curbs or encourages appetite. A known stimulant, it helps to combat fatigue but without unpleasant side-effects such as insomnia or adrenal stress. 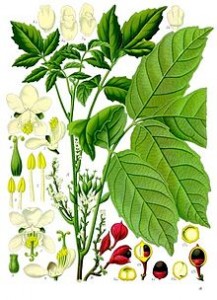 Containing xanthine, this plant is used as a stimulant and is found in energy drinks popular across the United States and Europe. It is higher in strength than Yerba Mate and therefore produces some side effects, such as disturbed sleep.

One of the first rainforest plants known to the modern world, it's used as a sedative and to aid anxiety. It has analgesic properties and is used to help sufferers of PMS and insomnia.

This was discovered in the mid-eighties and is known as “Para Toda” in its native Brazil, the translation being: “for everything”. Nicknamed “Brazilian Ginseng”, it's used as an aphrodisiac and energizer, as well as an immune system booster. It is often used by cancer patients and diabetics.

One of the more recent discoveries from the Peruvian rainforest, this is also known as “Una De Gato” and is used to help cancer sufferers and AIDS patients due to its immuno-stimulant properties.

Best known for its aphrodisiac qualities, this plant has been used as a Brazilian folk remedy for centuries but so far it has failed to make its mark in modern medicine practice.

The leaves of this plant are far sweeter than sugar, but are calorie-free. Companies manufacturing calorie-free sweeteners are so threatened by its properties, they've sought to ban the import of stevia entirely. The import ban was only recently lifted, making it possible for consumers to enjoy its qualities.

Leaves from boldo are used to alleviate liver ailments and are helpful in the treatment of gallstones. Found in Peru and Chile, it is also a diuretic and laxative.

The only source of natural quinine (a malaria cure), cinchona began the modern world's search for medicinal drugs in rainforests. It has antiviral properties and is used to encourage appetite, alleviate headaches and treat leg cramps and the common cold.

The only diaphoretic currently known, this plant is indigenous to Central and South America. A diaphoretic encourages sweating by stimulating the sweat glands with the aid of glycosides. Usually diaphoretics require heat, but this plant can be used cold and remains effective.

Also known as the “Pawpaw”, the papaya contains chymopapain and papain. These are extremely powerful proteolytic digestive enzymes.

Native to Brazil, it is primarily an expectorant, but also an emetic. It is widely used in Europe to relieve bronchitis.

Although mostly connected with production of the cocaine, coca leaves are traditionally used to relieve hunger and as a stimulant. Coca is also helpful as an aid to altitude sickness.

Traditionally used to heal wounds in its native Peru, in modern medicine it's used as a source of an important antibiotic. It is particularly helpful as patients show no signs of developing allergies or resistance to it.

Although scientists are working tirelessly to catalogue thousands of rainforest plants believed to be in existence, it's impossible to ascertain which plant remedies will pass the required trials and result in commercially viable medicines. Our most pressing concern is the preservation of the rainforest itself, to allow for undiscovered cures to be found before it is too late, and damage to tropical rainforest ecosystems proves irreversible.