We constantly hear pessimistic reports regarding the future of the rainforests. We know, for example, that an average of a football field-sized section of rainforest is lost to the world each day. Knowing that areas of dense forestation play a vital role in supplying oxygen to our atmosphere, we are right to be concerned at this alarming loss. However, we should also be aware of the ramifications for western medicine if this unique and bountiful resource were to be eliminated.

What has medicine gained from the rainforests? 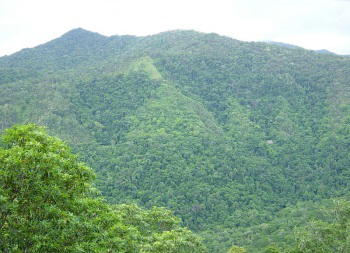 The inhabitants of the rainforests have long known that there were many treatments and cures to be obtained from their environment. Forest-dwellers would chew leaves, roots and berries, make infusions or burn plants and inhale the smoke to treat conditions such as headaches, nausea and respiratory problems. Victorian explorers brought back plants that would be used to create treatments for heart problems and nausea, as well as pain relief, yet modern medicine has found even more treasures. More than 60 per cent of medicines used in the fight against cancer are derived from plants found only in the rainforests and well over 100 prescription drugs have been developed from this rich source of ingredients. It’s estimated that a quarter of medical ingredients are found only in rainforests; plants sourced in these areas have provided treatments for glaucoma, malaria and tuberculosis and a wide range of other conditions; they are even used to create anaesthetics, antiseptic compounds and laxatives. This list is far from exhaustive.

Is there anything else we can gain from the rainforests?

While it may seem that we should have found every possible use for rainforest plants by now, this is simply not the case. Due to the enormous diversity of life in such an environment, fewer than one per cent of the available plants have been thoroughly assessed to determine their medical potential. Considering the proportion of plants that have already been found to be medically useful, the potential for discovering life-saving compounds is extremely high, yet as the rainforests continue to vanish, as-yet untested species are becoming extinct, removing the opportunity for using whatever properties they possessed to make people’s lives healthier.

Why are the rainforests diminishing?

As useful as these resources are to the world in general, the fact remains that they are home to a large number of people, many of whom endure a constant struggle for survival. Therefore one threat to the forest is the necessity for clearing sections of it to create housing, graze animals and plant more commercial crops. Multinational organisations take this clearing to an astonishing level, laying waste to enormous tracts of land to replace the trees and plants with large cattle herds, often selling the timber as they do this. Since these areas are often rich in minerals, a further threat from mining has arisen, resulting in the destruction of vast areas. Unfortunately, one of the biggest problems faced by those attempting to conserve the rainforests is climate change. A global rise in temperature has caused drought in some areas, leading to a depletion of flora, which in turn contributes to further global warming.

A number of steps are already being taken to halt or reverse deforestation, including the implementation of laws restricting carbon emissions, which drive climate change. Additionally, organisations and individuals constantly lobby large companies to use more sustainable methods when working within these increasingly endangered zones. However, as individuals, we can choose rainforest-friendly products and act in an environmentally responsible way. The future of medicine is in the hands of us all.

About the Author: This article was written by Nick Davison for Covance, a global leader in clinical research and medical trials.