Western medicine has made some miraculous achievements over the last hundred and fifty years. In the early 1900’s, diseases like Smallpox, Diptheria, and Measles were responsible for thousands of deaths each year. 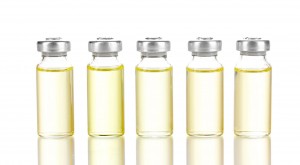 Due to the development of effective vaccination,Smallpox has now been eradicated, and Diptheria has become very rare, furthermore effective antibiotic treatments mean that it poses a far lower risk of fatality. Cases of Measles are also at an all time low.

The discovery of cancer fighting properties in Madagarcar Periwinkle was made following phenotypic screening. The plant was originally identified by scientists after indigenous healers reported they used it for efficacious treatment of diabetes. The medically active compound found in the leaves of Madagascar Periwinkle, which are called Vinca Alkaloids, were found to be effective against Leukemia cell lines leading to the development of the drug Vincristine which gained FDA approval in 1963. The discovery of Vinca Alkaloids resulted in an increase of Childhood Leukemia survival rates by over 80%.

One of the most common methods for locating medically active compounds is through the study of indigenous knowledge. Many Amazonian tribes have lived in the same region for thousands of years. It stands to reasons that their knowledge regarding plants that grow in the region, and the medical applications for those plants, is unsurpassed.

Not every indigenous healing treatment discovered and researched by western medicine leads to the development of a new drug. Efficacy, toxicity, and side effects must all be taken into account. Some leads that initially indicate the presence of medically active compounds in a plant can turn out to be false, reinforcing the fact that the placebo effect is not just limited to western medicine.

Researchers can increase their chances of successfully discovering medically active compounds that might be effective against human disease targets by utilizing ecological theories. For example, scientists in North Queensland, Australia, noted that animals did not eat the fruit of the Blushwood tree, a rare tree exclusive to this area. They theorised that the plant may have developed a defence mechanism, and that this mechanism may include a medically active compound. Upon further research it was discovered that the fruit contained a compound that effectively treats cancerous tumours.

For example, a group of compounds known to inhibit HMG-CoA reductase, would form a chemical library suitable for use in high-throughput screening intended to develop more effective Statins.

Most people think of rainforests as the most bio-diverse environment on earth, when actually the oceans are thought to contain around half of the earth’s biodiversity. Although the number of approved medicines derived from marine organisms is currently relatively low, a number of medically active compound are currently undergoing clinical trials. Marine bio-prospecting began around the 1950’s , making it a comparatively new practice, but it is definitely an approach that holds a lot of potential.

Bacterial and fungal microorganisms have been, and continue to be of great importance in the search for new pharmaceuticals. Terrestrial microoganisms have been the subject of ongoing research since the discovery of penicillin in 1928, but more recently, the scope of microbial research has expanded to encompass marine microorganisms as well. It is not currently known how many species of microbes are present on Earth, but scientists estimate that the figure will dwarf that of animal and plant life. Over ten thousand species can be often be found in a single soil sample.

About the author: This article was written by Nick Davison for Covance clinical research. Nick writes about a wide range of topics including medical discovery, and rainforest conservation.