How Indigenous Knowledge Is Being Harnessed To Advance Western Medicine

As long as human’s have been able to think consciously, we have been trying to heal common diseases, ailments and injuries. The practice of healing was learned by trial and error over many years, and passed down within families, from generation to generation as the body of knowledge and medical understanding grew and expanded.

When men of science, with no previous knowledge of medically active herbs, fruits or barks, sat down and worked out how diseases could be cured or controlled with chemicals and by manipulating natural bodily processes and functions, they gave little or no credence to traditional healers, dismissing the work of those they considered to be primitive, uneducated and pagan. Religion had a part to play too, with some fundamentalist groups believing that illness was sent by God as punishment for wrong-doing and that, therefore, trying to cure said ailments was to work against the wishes of the Almighty. 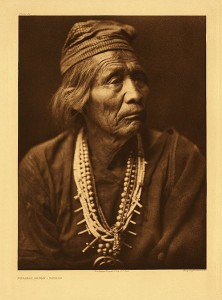 Several hundred years ago, traditional healers and ‘wise-women’ as they were known, began to be tarnished with the brush of paganism, witchcraft and black magic. This rumour propogated largely due to the fact that many indigenous healers were not only physicials, but also spiritual guides. As the mistrust towards holders of “arcane knowledge” deepened, people turned more and more towards modern methods of health-care, wanting doctors trained in universities and nurses with a good understanding of modern methods and medications.

Of late, however, there has been a curious re-merging of the two lines of health-care, as scientists discover that many plants used by traditional healers actually contain viable medically active compounds that can be isolated and used to develop new treatments.

Why Do We need To Isolate The Medically Active Compound?

An excellent example of how pharmaceutical companies can improve a natural treatment is the story of aspirin. As early as 400BC, Hippocrates made notes on the efficacy of certain plants at dulling pain and relieving fever, one of them being a species of willow bark. He left detailed notes on how to prepare a powder from these plants and how it should be administered to the patient. The active ingredient (acetylsalicylic acid) was isolated in 1763, by Edward Stone of Oxford University. Modern science worked out how to replicate acetylsalicylic acid in around 1853, but it took nearly fifty years for scientists to discover how to produce a medical compound that retained the pain and fever reducing qualities without causing the serious side effects associated with the ingestion of willow bark.

Despite the success story that is aspirin, it has taken modern science a fairly long time to come to grips with the idea of using traditional remedies to aid their research and even open up previously unconsidered avenues of treatments. Even such apparently unsavoury practises as placing leeches on patients has been found to help with circulation problems thanks to the anticoagulant properties of the leeches saliva – fortunately, modern medical research means that we can now take a tablet rather than having to endure slimy creatures being placed all over our limbs and torso!

Quinine, an effective anti-malarial, was also discovered within the bark of a tree, while Artemisinin with similar properties, is found within sweet wormwood, known as Qinghao in China. More than any other part of the world, modern science is looking to ancient Asia for answers to modern afflictions; in part because of the huge wealth of information that Asia’s great history has allowed her traditional healers to build up, but also because the tradition of passing on indigenous knowledge has seen rapid decline in some other parts of the world. Western medicine continues to improve, and actively seeks encompass rather than push aside the knowledge accumalated by traditonal healers.

Many scientists agree that it imperative to document the knowledge posesses by indigenous healers and to carry out clinical trials on the medically active plants that they use before the knowledge and resources are lost forever. Ironically, the spread of western culture and lifestyle are largely responsible for the fractured continuation of this knowledge within indigenous groups as younger generations seek to gain employment in the cities.