Top Gadgets to Get You Fit

Wearable technology has brought fitness to the forefront of gadgetry, because let’s admit that we all love to get on our geek on at any given opportunity. And if it makes shedding those few pounds just a little easier, then we’re all for it. 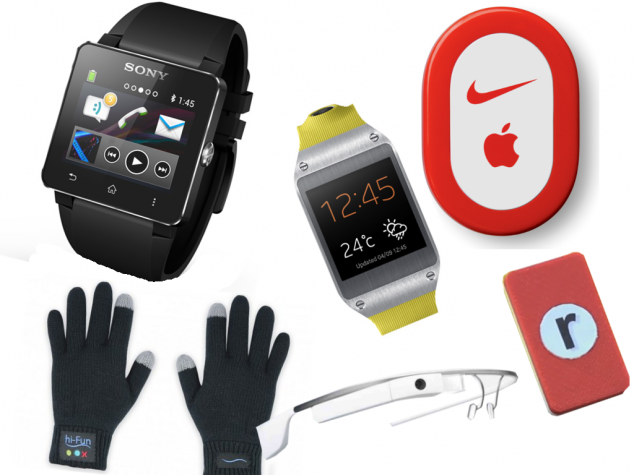 Fitness is a lifestyle choice that not all of us find easy to embrace. Time consuming as well as hard to stay on track with a busy working day, gadgets have had a boom thanks to those wanting to kick bad habits and keep up with the good ones.

Not so long ago we were all impressed with the advances in scales, but now the spectrum of technology available at our fingertips can track everything from our heart rate, weight, sleep, and the food that we eat.

So if you’re looking to give a healthy lifestyle ago, we’ve rounded up the top gadgets for all your health needs.

Launched in 2007 the Fitbit brand has created seven different fitness trackers since its time began.

But the new and improved Fitbit HR Released last year in the techno gadget boom, this Fitbit went straight to number on in fitness must haves. Connecting up to the mobile phone app, this inconspicuous black wristband does more than meets the eye.

Measuring practically everything there is to measure, from heart rate, steps, calories burnt to calories taken, for anyone that is looking to overhaul their lifestyle this simple accessory can kick start a healthier way of life.

There are various versions depending on your budget, so reading lots of reviews such as this one, will ensure that you get the one that will suit you best.

A controversial device, but by no means one to ignore if you’re trying to kick a bad smoking habit.

E-cigarettes are one of the best ways to stop smoking, and although they’ve had a lot of press about their safety, when you invest in a high quality brand and do your research, they can be a very effective way to stop.

Combining both a need to keep those hands busy, and just a little kick of nicotine, it can suppress the need for the traditional cigarettes.

And with such a variety in vapour flavour available such as these, no matter your tastes or preference, anyone can be kept satisfied.

We’re all a little guilty of rushing through our meals when we’ve got a busy day ahead, but it’s a proven fact that if we eat slower, we eat better and eat less. Making us save on many unneeded calories.

So putting the money where our mouth is, the Hapifork is a smart fork that vibrates when it senses that you’re putting in a few too many mouthfuls.

Don’t put that extra portion anywhere near your mouth!

Sometimes we don’t even realise we’re doing it, but with the help of this fancy fork, unconscious eating habits will soon become a thing of the past.

With numerous studies such as this one, tracking the use of such food gadgets, this could be coming to a cutlery draw near you soon.