Cruises conjure up images of tranquility, luxury and a slower pace of life, which make them the perfect holiday to recharge your batteries and feed the soul. Many people also assume that because of this, cruises come with a large price tag attached but this doesn’t have to be the case if you seek out late cruise deals and are flexible with travel. As a nervous flier, the thought of a no-fly holiday couldn’t be more relaxing and the thought of being out in the elements definitely appeals. There surely can’t be anywhere more picturesque to get back to nature than Scandinavia, making your way between the beautiful fjords. 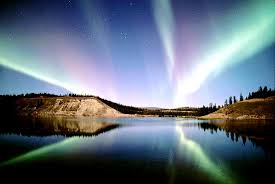 The landscape of Iceland and Norway is utterly recognizable as belonging to those countries, it is so fantastically unique. There are many must see sights across the countries and many of them revolve around the natural world. Obviously with anywhere high in the northern hemisphere, visiting between September and April gives a good chance that you’ll be treated to a spectacular Northern Lights display where the heavens light up with beams dancing across the sky. It is truly a breathtaking experience that takes your breath away with its beauty. Even if you’re choosing to visit outside of this time, provided it’s a clear night, you’ll be treated to an amazing chance to see the night sky and all the many constellations. Visit in August to see the Perseid Meteor Shower peak with hundreds of shooting stars making their way across the sky each night. There aren’t many activities that are better for the soul than stargazing and appreciating the heavens above.

Iceland is a hot bed of volcanic activity, almost ironic in a country covered in ice and snow at many times during the year. It is filled with ice-capped mountains, volcanoes of various activity and vast geothermal vents. Begin by visiting the capital city Reykjavik which surely ranks as one of the most beautiful capitals in the world. Reykjavik is surrounded by a stunning collection of natural wonders including peninsulas, mountains, coves and islands which provide stunning vistas not only as you come into port but also as you spend time within the city. From here, make your way into the fjords through the port of Isafjorour whose mountains gently guide you in and ending up at Akureyri, a pretty little town situated at the end of the longest fjord in Iceland.

Sail across the Norwegian Sea to the western coast of Norway. For many visiting during the summer months, the allure of Norway is to indulge in the long evenings that come with the land of the midnight sun. It is truly an experience not to be missed. The country is famed for its iconic fjords which it can be said put Iceland’s in the shade. Make your way down along the coast from Alesund, where you’ll work your way through the Geiranger fjords which are on the UNESCO World Heritage Sites list. From here, it’s a steady journey down through the fjords and then along the coast to Stavanger, a city which has retained much of its native culture and atmosphere.