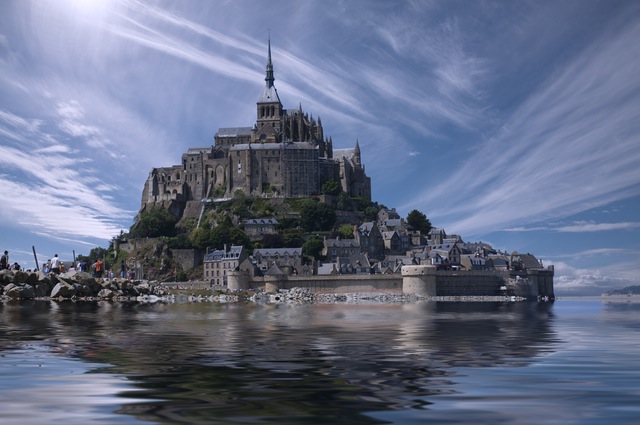 France is such a popular country with Brits. It’s very close to our own country and offers a such a diverse culture to discover. There’s no wonder why so many of us choose to spend time there! Most of France’s cities are well-explored by tourists. So if you’ve already been a couple of times, you might be struggling to find somewhere new to stay. Hopefully, the following tips can give you plenty of ideas to change things up a bit.

There are loads of budget airlines offering cheap flights to many French towns and cities. But have you ever considered travelling by train? The Eurostar runs between London and Paris and only takes a couple of hours. You’re not in the actual tunnel for too long either so you can enjoy lots of pretty landscapes as the train whizzes through northern France!

Stay Out of The Cities

If you choose a hotel or bed and breakfast in a city centre, you may never think about leaving. But if you book somewhere slightly more rural, you could end up between two towns or cities. You’ll find you’ll be a lot more motivated to get out exploring all the places around you, rather than just stick to one city. Not sure where to stay in France? The southern regions are covered in pretty countryside and are also home to some well-renowned wineries.

France has produced some of the world’s best artists, including Matisse and Monet. As you can imagine, there are lots of museums and galleries dedicated to the country’s greatest artists. Of course, the most famous gallery in France is Paris’s Louvre. However, head to the smaller cities for some other notable collections of artworks. Go to Arles in the south of France to wander down the Van Gogh Art Trail. This open-air experience takes you past some of the most famous scenes painted by Van Gogh.

France is known for its elaborate chateaus, especially the ones that are dotted along the Loire Valley. Chaumont Chateau is known for its International Garden Festival. But it attracts plenty of visitors even when the famous festival isn’t on. However, if you visit during the summer, the chances are the festival will be on as it runs all summer. The Chateau de Rivau is another popular tourist destination, which is said to have been visited by Joan of Arc.

Every region of France has its own special dishes and delicacies. Travelling through the southwestern regions? Then you’ll notice that the locals have a taste for very rich foods, such as mushrooms and truffles. Northeast France has slightly different tastes. Their dishes focus on simpler flavours such as cold meats and beetroot. Eastern France takes some hints from its Germanic neighbours and serves up a lot of pork and savoury pastries.

Hopefully, these tips will help you discover even more of this amazing country! In fact, you could travel in luxury, check out this new site Evasions Secretes, who offer discounted hotels and weekend breaks at often crazy prices. There’s so much to do in France; every visit should be totally unique!